Remarks at Release of 2017 TUDA Data 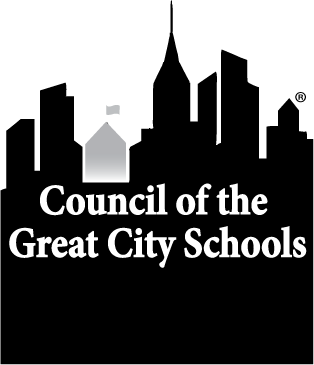 • Good afternoon. I am Michael Casserly, the Executive Director of the Council of the Great City Schools.

• Thank you so much for your interest in these important results.

• Before I start, I want to thank Bill Bushaw and his great team at the National Assessment Governing Board, and Peggy Carr and her terrific group at the National Center for Education Statistics.

• We owe you a debt of gratitude for your dedication and expertise. Thank you.

• These new results constitute the ninth time since 2002 that we have taken the National Assessment of Educational Progress as a coalition of urban school districts.

• And we are pleased that we have a record 27 urban school districts that volunteered for NAEP this go-around.

• Our long-term progress as urban schools has been crystal clear over those many years.

• Between 2002 and 2017, large city schools have improved their fourth-grade reading performance on NAEP by 11 scale-score points and narrowed the gap between our schools and the national public sample by 48.3 percent.

• At the eighth-grade level, our reading scores on NAEP have improved nearly 8 points since 2002, and we have narrowed the gap with the national public sample by about 41 percent.

• In math, we have gained 7.5 scale-score points in the fourth grade between 2003 and 2017, and we narrowed the gap with the national public sample by 24 percent.

• And at the eighth-grade level in math, we have gained 12 points, and narrowed the gap with the national public sample by 45.8 percent.

• In all, our gains as urban schools have been significantly faster than the national public sample over the last fifteen years or so.

• And the long-term progress is evident however one looks at the data.

• Over the years, we have made progress raising average scale scores.

• We have made progress increasing the percentage of students scoring at or above Proficient.

• We have made progress increasing the percentage of students scoring at or above the Basic achievement level.

• We have decreased the percentage of urban students scoring below the Basic level.

• And we have made significant headway in our scores among African American and Hispanic students over the years, although we know that much more is needed.

• In all, tens of thousands of our fourth and eighth graders score better now than when we first started this process many years ago.

• That said, if you look solely at any two-year testing cycle, the results are sometimes less conclusive and they often lead observers to assert that urban schools are not making any progress.

• But if you stand back from the individual trees, you will see a forest that is growing taller and getting stronger.

• Several of the individual trees, however, deserve special recognition for improving faster—not only faster than the nation--but faster than even the urban average.

• These include Atlanta, Boston, Chicago, the District of Columbia, Los Angeles, Miami-Dade County, and San Diego.

• In addition, I should point out that several cities have scores that are now comparable to or above national public averages in at least one subject and grade, including— Austin, Boston, Charlotte, Duval County, Guilford County, Hillsborough County, Jefferson County, Miami-Dade County, and San Diego.

• The Council of the Great City Schools is looking at all these districts to help us better understand the practices driving these results.

• In general, the nation’s largest cities have devoted substantial energy over this last 15 years to improving the quality of our instructional programs and the rigor of our academic standards.

• Remember that we started this initiative to help us in three ways.
• One, we—as urban school systems—wanted to demonstrate that we were fully committed to the highest academic standards for our children.

• Two, we wanted to be able to compare ourselves with those that share many of the same challenges and serve similar populations of students who are disproportionately poorer, likely to have faced discrimination, are English learners, and students with disabilities.

• Finally, we wanted a way to gauge our progress and evaluate our reforms in ways that the current 50-state assessment system does not allow.

• Overall, the latest NAEP results show that progress across the national public sample appears to have leveled off or declined since 2013 for reasons that are not entirely clear.

• TUDA districts reflect this nationwide pattern, with results that have not changed significantly since 2015 except in fourth grade math.

• In fourth grade math, our scores have actually declined.

• This is the first significant decline in any subject or grade since the large cities began participating in The Nation’s Report Card.

• Results nationwide suggest that students at the top end of the performance scale have improved while those towards the bottom have slipped.

• This pattern is also true in the cities, with one key exception. Those cities that did make significant progress since 2015—cities like Miami-Dade County, San Diego, Fresno, and Duval County—did not see the decline among their lowest performing students that others across the nation saw.

• So, they were able to defy national trends on both fronts, raising scores overall and maintaining scores among their most vulnerable students.

• We need to better understand how they did that.

• In addition, we went back and looked at the PARCC and SBAC scores for many of the cities that showed declines on NAEP, particularly in fourth grade math.

• In each one of these cases, the city school districts held steady or showed gains on PARCC or SBAC—not a decline as NAEP shows.
• This suggests to us that we may not be looking at a performance problem on NAEP. Instead we hypothesize that we may be seeing an alignment problem between what NAEP tests, particularly in fourth-grade math, and the instructional focus and sequencing of the college- and career-readiness standards.

• Good examples of this mismatch are found in Albuquerque, Baltimore, Detroit, the District of Columbia, and Los Angeles—among others.

• Additional evidence for possible misalignment is found by looking at the 2015 NAEP validity study, and patterns in the data for particular topic areas within mathematics, especially data analysis and geometry.

• We respectfully request that the National Governing Board and NCES work with us to better understand the new results and to determine what might be done to avoid the public’s misinterpreting trends in the data.

• We would also discourage widespread speculation about the nature of the results until there has been more opportunity to study the data.

• We know we need to accelerate the pace of reform and improvement in our urban schools. And we know that our achievement gaps are still too wide.

• These NAEP data give us the tools we need to ask hard questions about our instructional practices and where we need to improve.

• And the results are giving us even greater confidence that urban education in this nation can be substantially improved.

• And that’s the point behind all the numbers. It is why we volunteered in the first place.

• So we could tell what was working and what wasn’t. So we could raise the quality of public education in our Great Cities.

• So we could give our kids a shot at the best of what American has to offer.

• We have a long way to go. But, stagnation in urban public education has ended. And it has been replaced by progress.

• I am very proud of the work that our cities have done over these years and am profoundly optimistic by the additional progress I know lies in front of us.

• Thank you and I would be happy to take any of your questions.